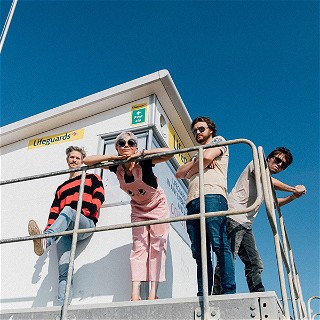 The first single off of their second album ‘Only Attraction’ has been released to worldwide acclaim, charting in Europe, South America & Japan. It has been featured across multiple Spotify/Amazon worldwide playlists, received significant playlisting from radio stations such as Virgin FM, BBC and more & has been championed by Elton John on his Apple Music show ‘Rocket Hour’.

The Wild Things have just released their next single ‘Lay On, Take Off’. The track once again features Pete Townshend and is co-produced by Pete & Cameron White.

They’ve sold out venues across the UK, are Kerrang! & Classic Rock Magazine’s ‘Ones To Watch’, were featured artists on BBC Radio 1 and have been featured in Rolling Stone Magazine, Consequence of Sound, Clash magazine and many more outlets.

The band have recently completed work on their second album, ‘Afterglow’, with Pete Townshend.

In 2022 the band have supported The Who at The Royal Albert Hall for Teenage Cancer Trust, performed at Manchester AO Arena & Brixton Academy and have just returned from NYC where they performed to a sold-out Madison Square Garden with The Who.

They now return to the UK for British Summer Time with Pearl Jam before heading out once more to support The Who in Vegas, and appearing on the Kiss Kruise.

Sydney Rae White, lead singer, is currently in the horror film ‘They Talk’ for Amazon Prime. Rob Kendrick, guitarist, can currently be seen in ‘Bridgerton’ for Netflix. 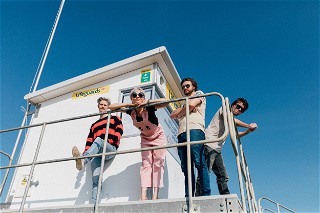 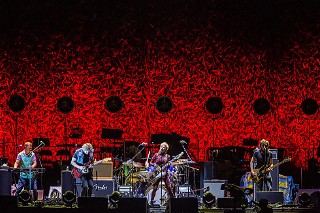 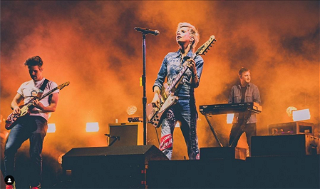