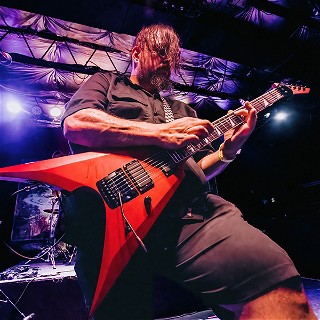 Akademia-Award-winning producer, engineer, and songwriter MATT MILLER side-steps these industry achievements to embark on something deeply introspective and personal; a transcendent, reactionary and vile personage embodying soaring progressive melodies and captivating crushing rhythms which engulf the listener in black clouds of desperation and shimmering hope. Drawing upon the gut-wrenching timed-precision of European death metal stalwarts NECROPHAGIST and SPAWN OF POSSESSION, MATT MILLER progressively blends this approach with deep synthetic and symphonic atmospheres like that of DEVIN TOWNSEND, often arriving at surprisingly emotive and heart-clenching metallic passages like that of RIVERS OF NIHIL. Calling upon other single-member death metal projects such as PUTRID PILE or INSIDIOUS DECREPANCY, the live performance can best be described as a reclaiming and repainting of the earth by a relentlessly sweeping and deranged berzerker appealing to the vast minions of the extreme music. The combination of elements within MATT MILLER distills the traditions of the international metal realm, the progressive atmospheres of modernity, and reactions to a vile world into a single unrelenting persona of despair and vengeance. 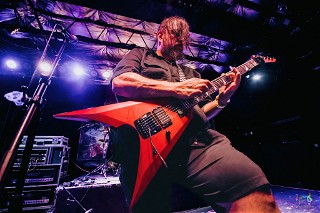