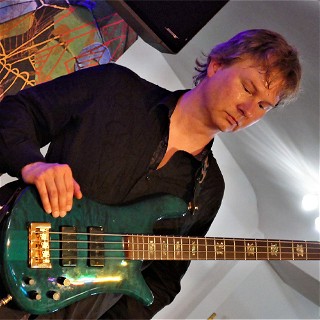 Bassist James Rosocha has toured the United States and Europe as a long-time member with jazz fusion guitarist B.D. Lenz. Together they’ve released nine albums under the New York jazz label “Apria Records” and can heard on a number of television shows such as MTV, VH1, USA, A&E, Nickelodeon, Travel Network, Food Network, Spike TV, Comedy Central and a long host of others. A graduate of the prestigious Berklee College of Music, James has been fortunate to share the stage with trumpet legend Randy Brecker, guitarist Hiram Bullock, drummer Joel Rosenblatt, saxophonist Jay Beckenstein, pianist Jeremy Wall of Spyro Gyro and Phish leader Trey Anastasio. He appears alongside Trey in the new Phish Companion book, which documents the band’s history and music.

James recently released his debut album “Avalon” which is earning him impressive nods as a leader. He is also an author/columnist with Bass Musician Magazine. 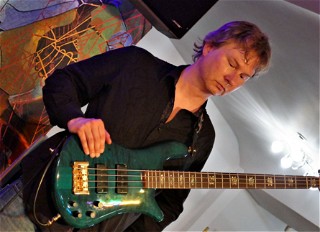