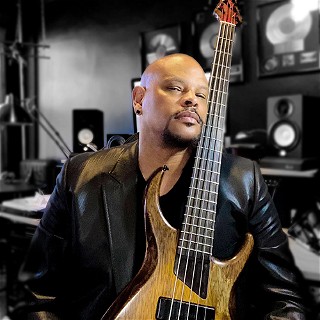 Hubert Eaves IV, a multi talented instrumentalist/composer/producer, was born in Minneapolis, Minnesota and has lived in New York City for most of his life.

Hubert has played drums and bass on some of music’s most iconic songs and albums. Most notably, his infectious pocket bass playing can be heard and felt on Erykah Badu’s live album titled “Live.” You know, “Call Tyrone -call him.” Hubert has recorded with Will Downing and Alex Bugnon among others and has written/recorded and/or toured with several classic artists including Erykah Badu, Freddie Jackson, The O’ Jays, Seal, Harold Melvin & the Blue Notes, D’Train, Glenn Jones, Lisa Lisa & the Cult Jam, Snow and the list goes on and on. Hubert‘s diverse musical experiences have led him on an amazing life-changing journey. While on this journey, he dreamt of releasing his own solo music project and sharing his passions with the world but put it on the back burner as work demanded.

Hubert started playing drums at the age of three and later attended Erasmus Hall High School in Brooklyn NY, home of many famous songwriters and musical icons, where he played bass in the school band. Hubert continued to energize his musical passion by studying and expressing himself through writing/recording and touring bestowing his incredible grooves on other artist’s stages and projects.

Some of Hubert’s musical influences include Bootsy Collins, Stevie Wonder, Prince, Ohio Players, Marcus Miller, Byron Miller, Earth Wind & Fire, Parliament, Sly & The Family Stone, Chuckii Booker and most of all, his dad Hubert Eaves III. It’s now time for Hubert to put his dream on the front burner just as his favorites have done. Also, time to give back to the universe. What if his influences had never shared their musical gifts? What if Hubert had never heard Bootsy back then? There’s power in putting your dreams first and releasing them.

Hubert has now revisited his dream and just released his debut single entitled “Radio” a funky yet sultry smooth jazz feel tune currently playing on all smooth jazz radio stations and beyond. “Radio” is the outcome of Hubert’s musical growth, hard work, funk, timing and his decision to share his gifts with the world.

We have all been blessed with unique and special gifts that we must share and give back to the universe. “Radio” is the song that will symbolize broadcasting your work to the world, whatever it may be. “Radio” encourages you to accomplish your dreams and put them on display, on the “Radio.” NOW! Hubert is on the “Radio” for the world to hear! Check it out. 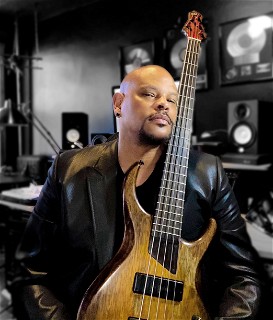 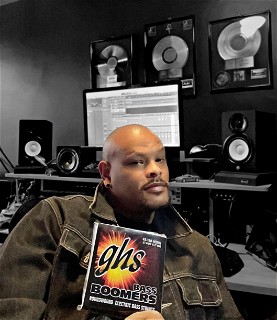