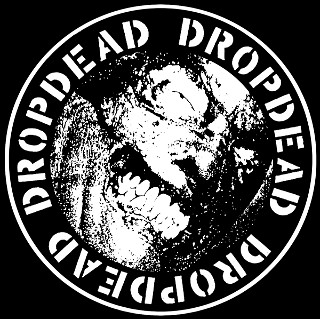 Founding member and guitar player of the band Dropdead.

Co-owner or Armageddon Shop, a retail record store and mailorder with shops located in Boston MA and Providence RI.

Dropdead formed officially in January of 1991 in Providence RI, but the original 4 person lineup met in December 1989. We played music together for a year before a lineup change saw Bob and Ben switch instruments, a name change, and a great increase in speed and intensity. The idea was to play pissed off, aggressive, no bullshit hardcore punk thrash with personally political lyrics. Musically the influences drew from bands as diverse as Confuse, Siege, Larm, Crass, Swans, Infest, SSD, Pandemonium, Icons of Filth, Gauze, Septic Death, Discharge, Anti-Cimex and a slew of others. The first show was in April of 1991 with Born Aginst and Rorschach. The band continues to embrace a strong "Do It Yourself" work ethic, booking their own shows and releasing their own records via Armageddon Label. Over the years Dropdead has played hundreds of shows and fests, recorded three albums plus numerous splits and EP's, toured the USA and Europe numerous times, as well as Australia and Japan.

2020 is 29 years for us as a band, and 30 years with three of us playing music together. We have completed the recording and mastering of a 3rd self-titled album, recorded by Kurt Ballou and Zach Weeks at God City and mastered by Brad boatright at Audiosiege. 23 songs in 24 minutes, release date digital September 25th, physical copies to be released in November 2020.

An alternnate version of one track was released as part of the Decibel Flexi Series included in Decibel Magazine June 2020.

Musically this new record is a bit different from previous recordings, style wise and vocally. The vocals being delivered so the words have an impact more so than just raw screaming. Songs definitely vary more in tempo and style. It's a Dropdead record that makes sense in 2020. Lyrically this record is relevant to the times we live in, focused on the alarming state of the world, the disturbing rise of right wing extremism, animal abuse and the continued social failures of humankind. These are dark times we find ourselves living in, and this is how we vent our frustration and anger in a positive way.

We are also currently working on remastered reissues of all previously recorded materials. This includes freshly remastered versions of both the 1st and 2nd self-titled LP's, the Discography 1992-1993 LP original multitrack tapes restored, remixed by Kurt Ballou at God City and remastered, plus 2020 will see the first time release of a Discography Vol 2 with tracks ranging from 1995-2013, and an LP of the original 1991 Demos. Demos LP out now, the rest to be released in November 2020.

Bob is mostly healed up from both his back surgery in 2017 and his motorcycle crash in July 2018. The van stolen in June 2019 has also been replaced with a new used one, funded in part by the release of some tracks from a 2019 Demo. We are currently booking shows and fests for Spring/Summer 2021 and beyond. 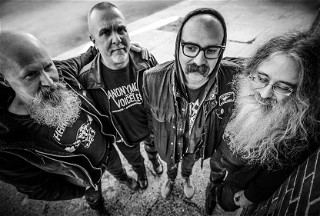 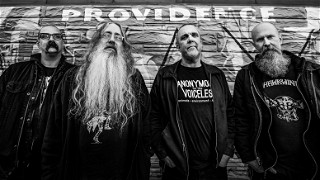