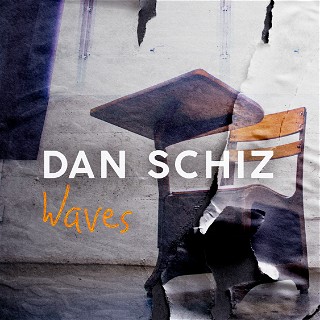 Los Angeles-based guitarist and songwriter, and GHS artist, Dan Schiz releases his second solo single, “Waves,” following the release of his first single, “Save Me (Kill My Heart)”. Mixing influences such as Tame Impala, Nine Inch Nails, A Perfect Circle, and Gary Numan, the song can be best described as “Coachella on acid.” The song features lush, reverberated guitars and piano that morph into distorted guitars and fuzz that build until the song’s climax.<?p>

Lyrically the song deals with the idea that you can move on and find purpose in life after devastating losses and circumstances. The song begins with the main protagonist washed up on shore after a giant wave took away all of his or her possessions. The idea is that his or her first breath is all that’s needed to continue on and live. In addition to this, the song is also a critique of modern culture’s obsession with gathering possessions and that life is more than the things you own. It is equally as important to find value in things taken for granted, such as our ability to breathe and be present.

The song was produced and mixed by Patrick Windsor at his home studio. He also tracked all of the bass. A fun fact of the production is that quite a few of the guitar tracks were imported stems from the demo, including the fuzz guitar solo in the bridge.

All proceeds of the single will be donated to the Women's Resource Center to End Domestic Violence.