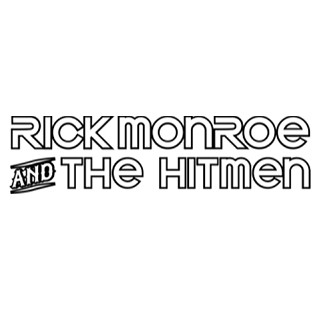 NASHVILLE, TN – OCTOBER 1ST - Country music veterans Rick Monroe and the Hitmen will release their first single ever “God’s Ear” on October 15. The song is the lead track off their forthcoming album. You can pre-save the song here (link to Spotify/Apple Music, etc. link tree to pre-save the song).

“God’s Ear” delivers a message that reminds the listener that they are never alone in their struggles; that as incomprehensible and overwhelming as things may seem, hope is never really lost if they allow Him into their heart. Its call to action to hold on, to dig deep, and to remember that no matter how astray they feel they have become, He has never left their side and is always listening. “God’s Ear” encourages giving faith another chance and that’s accomplished through the power of prayer.

Monroe has also partnered with St. Jude Children’s Research Hospital® and from October 8, 2021 through October 7, 2022, he will donate 50% of profits, no less than $0.45, from every download of the song, God’s Ear, to St. Jude to support its mission: Finding cures. Saving children.®”

Monroe has certainly had his share of faith-examining hardships. Losing both his father and brother to cancer Monroe says, “This song took on a whole new meaning and importance in my life after their losses. From the day we wrote this song, I’ve been looking for the right people to record it with and bring it to life the way I’ve always heard it. Malcolm Springer and all the players could not have done a better job in helping me accomplish this.”

Springer says, “This song sets the tone for the whole album and it’s the best work Rick and the band have ever done.”