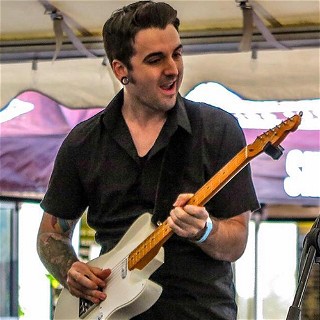 Meet GHS artist, Steve Laudicina, of garage/surf/blues rock outfit, Toro Jones. Laudicina moved from Long Island, New York to sunny South Florida at the age of 13, and played primarily in punk rock bands. At 18, he met fellow South Florida-based musician, JP Soars, who introduced him to the blues, and with whom he toured with for 3 years. Since then, he’s been working the blues circuit, even featured in the book, “Soul Fingers," dedicated to bassist Donald “Duck” Dunn and distributed via Hal Leonard. In 2016, he created Toro Jones, an instrumental surf/rock garage group that is reminiscent of Reverend Horton Heat, the Sonics, and the surf rock of the 50’s and 60’s.

Your last Toro Jones EP was recorded analog to tape over at Man of War Studios in West Palm Beach, FL. I loved how warm it sounded—the tape made a huge difference and created a very cool, throwback vibe. Did you also record analog to tape for your latest release?Thanks! Yeah, the tape definitely makes a huge difference (warmth and for capturing a good live take). I did record analog for the new record. For this style music I just couldn’t imagine doing it any other way. 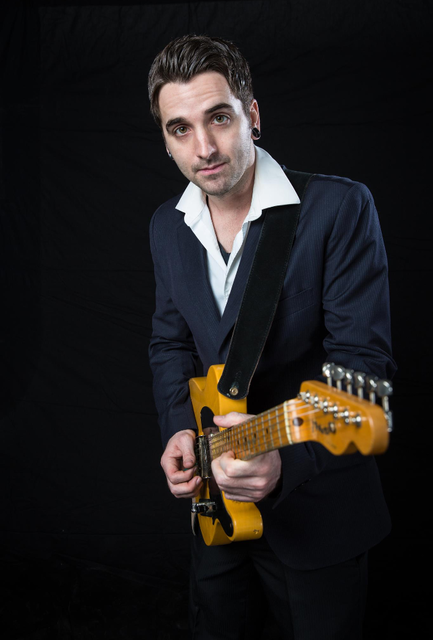 Which guitars and pedals do you use to give you that unique surf/garage sound? I used mainly my Reissue Classic 50’s Fender Telecaster (pretty unique for surf music), and Fender Stratocaster for some parts. I only used 1 pedal: the Catalinbread Fuzzrite, which worked really well for all my fuzz tones. My friend, Chris Peet (who owns Man Of War Studios and also played drums on the record) had a real 1964 deluxe Reverb, so I mainly plugged straight into that, cranked the amp reverb, and played with the volume knob to get more overdrive or a cleaner sound! I loved it!

Did you grow up listening to a lot of Dick Dale and surf as a kid? Toro Jones sounds like something you’d hear at a 50’s clambake (in the best kind of way). Haha! Actually, it wasn’t until I got older, although one of the first songs I ever learned was “Wipeout,” but growing up I was mostly into punk rock and blues oddly enough. I got into Dick Dale when I got older and watched Pulp Fiction.

Aside from TJ, you make a good portion of your living as a sideman. What do you have coming up as far as touring goes? I hear you’re going through the west/Midwest and Canada? Yes, these days I’m making most of my living as a sideman for blues harmonica player, Rockin’ Jake, and we’ll be heading out for 3 weeks hitting St. Louis, New Orleans, Denver, Memphis, Saskatoon and Edmonton in Canada. I’m also do some gigs with a great sax player Terry Hanck whenever he comes down to Florida.

Which places do you find to be the best markets for TJ since it’s so unique? I could see it doing very well out here in California, especially in the Venice or even Silverlake areas. California is definitely on my list of places to bring Toro Jones; they have quite a few great Surf and Rockabilly Festivals. A huge market is Mexico as well; they love their surf and Garage Rock. We’ve been receiving a lot of airplay over there. Seattle would be another place I’d love to bring the band.

Do you ever introduce vocals into any of the TJ material? No (hahaha) but i won’t say never.

Who are some of your favorite guitarists? Are they primarily in the rockabilly/surf genres, or are they kind of across the board? I’d say it’s across the board, Link Wray, B.B. King, Eddie Cochran, Angus Young, Scotty Moore, and Dick Dale. My Dad had me grow up with a lot of Eric Clapton and Duane Allman, I also get influence from The Sonics.

If TJ could tour with any band, which one would you choose? Hmm… Reverend Horton Heat, that would be a blast!

You’re pretty new to the GHS roster. Which strings have you tried out so far, and which have you found to perform the best when you’re doing a ton of gigging? I love the GHS Boomers 10-46. Worked great in studio and on the gigs.