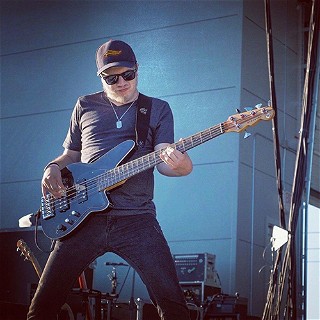 Josh McAfee is a Nashville-based professional bassist from Toledo, Ohio. While only at the age of 24, Josh has already gained several years of experience in performing, touring, recording, and writing. Moving to Nashville to further expand his career in November 2016, Josh has started making a name for himself in the Music City community.

In addition to playing, Josh prides himself on his ability to sing backing vocals/harmonies, his stage presence, image, and his professional attitude.

As of February 2017, Josh is proud to add endorsements to his list of accomplishments. Josh proudly endorses Reverend Guitars, Aguilar Amplification, and GHS Strings.