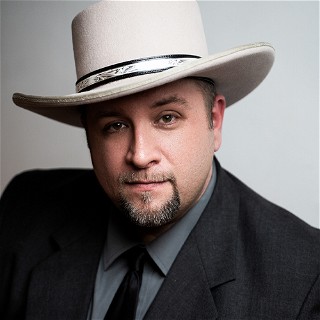 Born in Columbus, Georgia in 1980, Joey Allcorn’s musical journey began right out of high school as he started playing fairs, festivals and local clubs. In 2005 his song “I Just Don’t Know” was included on Atlanta based Shut Eye Records’ “United State of Americana Vol. 2” compilation and received national airplay and opened the door to regional touring. In 2006 he released his debut album, the aptly titled “50 Years Too Late,” which featured a duet with country-rocker Hank Williams III on a song about his legendary grandfather, Hank Williams, entitled “This Ain’t Montgomery.”

After the release of “50 Years Too Late” Joey began touring nationally appearing at rock clubs as well as honky tonks and theaters across the country. His shows are always remembered for their high energy, modern interpretation of country music classics as well as the history and stories he shares along the way. Joey has spent the majority of his career working with musicians that performed with many country music legends and after finding that his fans enjoyed hearing their stories as much as he did, it was incorporated into his show.

In 2007 Joey was asked to speak before members of the United States Congress in Washington, D.C. regarding impending royalty rate increases being imposed on independent internet radio stations at the time. Joey’s testimony (which is available on YouTube) helped convince members of the House of Representatives Small Business Committee that internet radio was vital to independent artists and the bill which would have shut down thousands of online radio stations was defeated.

Over the course of the next six years, Joey continued to tour nationally and record releasing “All Alone Again” in 2009 and “Nothing Left To Prove” in 2014 on his own independent label, Blue Yodel Records. He appeared in Shooter Jennings’ “Outlaw You” music video as well as the pilot for a CMT TV show entitled “Shooter Jennings’ Midnight Special.” During those years he also shared the stage with many of his contemporaries including Hank III, Shooter Jennings, Wayne Hancock, Dale Watson, Hot Club of Cowtown, Scott H. Biram, Th’ Legendary Shack Shakers, The Dempseys and Unknown Hinson.

After a brief hiatus from the music business that began in 2014, Joey returned in 2019 with a new album, “State of Heartbreak,” and resumed performing, primarily in the southeast. After lockdowns put a halt to live music in early 2020, Joey launched a Facebook page called “Live from the Lost Highway” which features live-streamed, traditional country artists five nights a week from around the world. He has also started a weekly podcast known as ‘Lost Highway Radio’ as a companion to his popular ‘Honky Tonk History’ Facebook group.

After releasing four albums and nearly 15 years of touring, playing everything from theater stages to five star dives in places you won’t on the map, Joey Allcorn has earned his esteemed reputation among country music fans as an authentic performer that carries the flag for real country music with a great respect and knowledge of the genres history. If you catch him live, you’ll see a great show and you’ll probably learn something too!

"Where some of the neo-traditionalists came and went from the sound of the movement, Allcorn remains firmly ensconced in the style, with a very traditional style marking his songs with just a little extra crunch in the lead guitar thrown in there at times just to let you know this is old music, but from the new generation."
- SavingCountryMusic.com 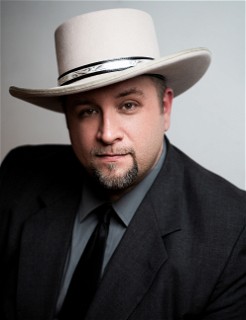 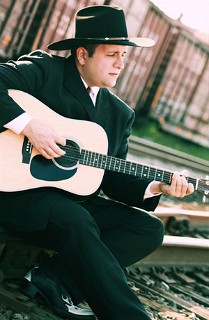