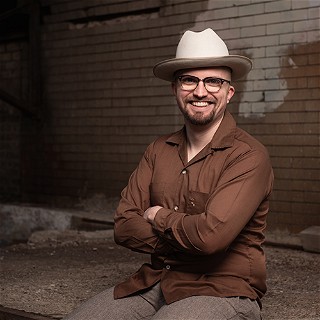 Hayes Griffin is a multi-instrumentalist and music educator living in Grand Rapids, MI. Griffin has over a decade's worth of experience touring with acts like Canadian fiddler April Verch and progressive bluegrass band Newtown, whose album Harlan Road featured Griffin’s guitar work and debuted at #8 on the Billboard Bluegrass Charts.

Released in 2020, "Midwestern Swing" is Griffin's solo debut and delivers an aural cocktail inspired by the sounds of American country and swing music from the 1930's, 40s, and 50s. Original tracks are set next to "deep cuts" from legendary songwriter/performer Cindy Walker, Don Reno & Red Smiley, Tom Delaney, and Joe Gibson.

Hayes has also developed a presence in the mandolin community with his instructional content on YouTube, including his weekly series on the electric mandolin playing of Tiny Moore.