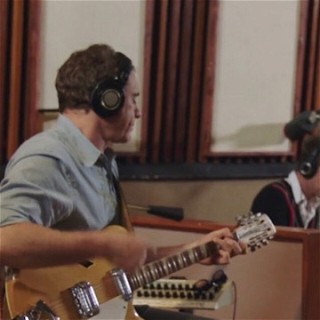 "Lost in the Satellites," a melodic, upbeat and catchy roots-pop extravaganza, is singer/songwriter and guitarist Geoff Pearlman's latest release. Reflecting society’s inundation with technology and information, the record’s title represents a duality, says Pearlman who co-produced the record with Jon Evans (bassist/Tori Amos). “One side of it refers to all the information out there and how it's all just lost in the satellites. The other side of it represents the smallness of life and that we are on this blue rock that, itself, is lost among satellites." The first single, ‘Enough,’ encapsulates the theme of too much info from too many places. "It’s a simple, ‘Turn it off, read a book, smoke a joint or go to bed’ kind of thing.”

Most recently, Pearlman appeared in the critically acclaimed music documentary “Echo in the Canyon" which celebrates Laurel Canyon’s music scene in the mid-’60s. The film features a star-studded cast including Eric Clapton, Neil Young, Brian Wilson, David Crosby, Graham Nash, Roger McGuinn, Jakob Dylan, Beck, Norah Jones, Fiona Apple, Regina Spektor and Cat Power. As a member of the "Echo in the Canyon" band, Pearlman is featured in the film and on its soundtrack performing songs by The Byrds, Buffalo Springfield and The Mamas and the Papas.

Originally from Omaha, NE, Pearlman began his musical journey with guitar lessons at the tender age of 9 after being inspired by a KISS concert. Pearlman attended Berklee College of Music and spent several years in San Francisco before settling in his current home of Los Angeles.