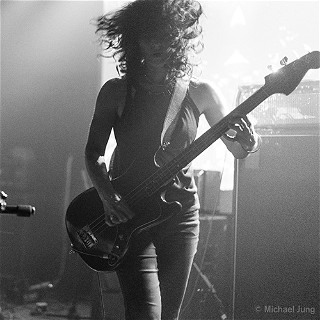 A San Francisco native, she began on upright bass at age 12 and moved to bass guitar at age 16. Over the course of her career, she has traveled and recorded internationally with her own band Insect Ark as well as a dizzying variety of artists such primarily in the heavy and experimental music scene, such as Swans, Zeal & Ardor, Angels of Light, Bee and Flower, Wrekmeister Harmonies, American Music Club, Gifthorse, and more. Her discography reaches upwards of 40 releases.

Insect Ark started as a solo composition/touring project in 2011, with Schechter playing all instruments as a “one-woman band”. In 2015, live drums were added by Ashley Spungin (2015-2019) followed by Andy Patterson (2019-current).

Dana has exclusively used GHS strings since the 1990’s, and is a proud to be part of the GHS artist family. 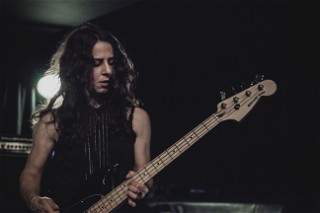