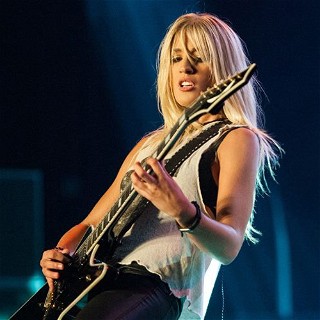 Meet the bright, vivacious Laura Wilde, a GHS artist whose business acumen is just as impressive as her guitar chops. The Australian native and multi-instrumentalist, who also boasts an impressive social media following, is working toward a new record this year in between managing video contest app, Topspot and spearheading her own holistic lifestyle brand. Laura took a moment to chat about her vast industry experience and her latest foray into comedy, of all things.

I knew you were a guitarist obviously, but wasn’t aware that you also played multiple other instruments. What else do you play? Which instrument did you learn first? Was it guitar? I actually started with piano but always was obsessed with everything about guitars from a really young age. Lead guitar is the love of my life but I also play bass, drums, a little keys and I sing as well.

You’re obviously an awesome guitarist. How many hours a day did you practice when you were first learning, and how many would you say you do it now? I see you’re always uploading videos playing guitar, so I know you must be plugging away pretty frequently. Why thank you! When I first started playing, I practiced for a few hours a day. I was so obsessed that I would sometimes practice all night without realizing what time it was. The guitar has always been very therapeutic for me so I’ll pick one up and play at least once a day, but if there’s a new song or technique that I’m passionate about I’ll put in the hours to learn it.

Speaking of videos, you’re great on social media. You’re always posting great content and seem to really have a loyal, engaging fan base. Do you have any tips for growing a following? How do you do that with such a busy schedule? That’s very kind of you to say! I’m very grateful for every fan and for their immense support. I’ve found that posting content that you’re genuinely passionate about resonates really well with any audience; even the weird things that you wouldn’t expect. We’re just a big group of friends geeking out together. The more authentic you are, the better. 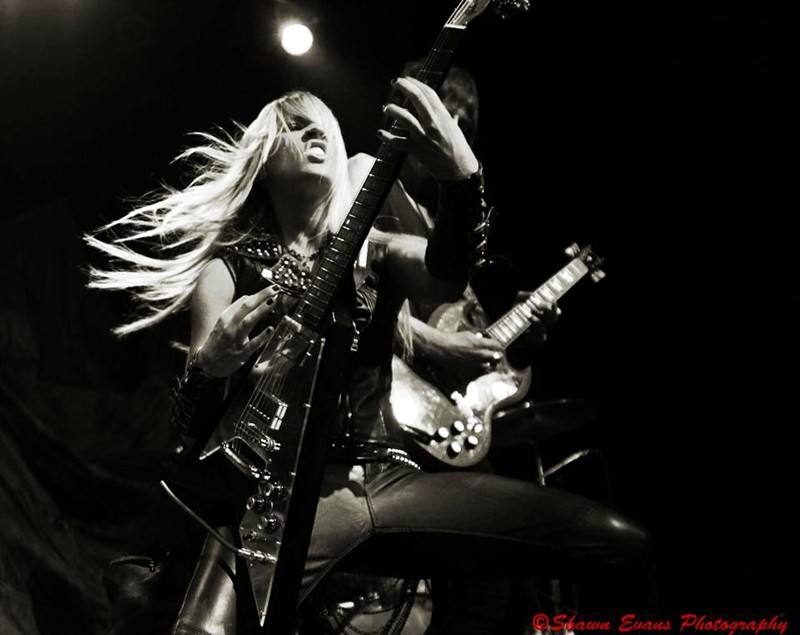 You handle marketing and social media for Topspot, which is a video contests app (fun fact — we’ve hosted many a GHS contest on there!). How did you land such a cool gig, and what do they usually have you do over there? I have always been very passionate about showcasing new talent and helping other artists and Topspot really gives me an opportunity to pay it forward. There have been so many amazing artist and brand discoveries through the Topspot contests which I’m very excited about. We’ve had Instagram pages with millions of followers run contests with over a thousand entries and have given away some epic prizes, including guitars! I have been around since its creation and I’m basically in charge of brand and artist relations as well as community engagement. I always love entering the GHS comps on there. Congrats to GHS Strings on the Best Covers contest with over 300 entries!!

You’ve had the opportunity to share the stage with Zakk Wylde and DJ Ashba from GnR, to name a few. How does it feel to play with some of these legacy artists that you probably grew up listening to? It’s pretty surreal and always a very humbling experience. It just inspires me to want to practice even more and be the best possible player that I can be.

You also played in the house band on Australia’s Got Talent. How much time did you guys generally have to learn all the songs for each episode?There’s not a whole lot of time. The musical director will send the song about 3 days before, then you’ll learn the arrangement for the show 2 days before and then the day before you get to have a couple of quick run-throughs with the artist. After that, it’s SHOWTIME!

You’re a bit of a health nut. Do you have any tips and tricks for staying fit on the road? I know that’s gotta be difficult, especially when you’re sitting around in a van all day waiting to get to the next gig, and there aren’t always healthy food options around. Touring was one of the main reasons why I went vegan 7 years ago. I had to find a balance of nutrient dense foods that would keep me feeling light and energized before shows. It was so funny being vegan on tour, I wish I could’ve recorded some of the staff responses to my orders. Half the time I would have to eat apples and cucumbers out of Walmart at 2 am because the vegetables in restaurants were cooked with meat juice. I must say though, touring the UK was a breeze with healthy food at every gas station with fabulous fresh salad options. The band and I had a set of kettlebell weights and we would try to do group circuit workouts at gas stops or when we arrived at the venue before the sound checks. As far as mental fitness, I would meditate before every show on tour in order to get into the zone and eliminate any stress. It definitely helped me feel focused and energized for the performance.

To elaborate a little more on you being health conscious, you’ve also started a wellness company called Holistic Hustler. You guys have a line of great teas, tees, candles and jewelry. Which items do you normally bring on the road with you? It’s funny that Holistic Hustler actually came about due to my lack of balance and complete destruction of my circadian rhythms on tour. Now when I travel, both teas (Dreams & Awaken) are an absolute necessity for my daily energy and sleep quality. Lucid dreaming has always been a huge passion of mine and it’s a great source of creative inspiration. I also carry the Ascendant necklace on me, which I use as a good luck charm.

I also learned you are studying improv comedy at the Groundlings Theater in LA. This doesn’t surprise me given our conversations, which generally start deteriorating very quickly (haha!). Is it pretty difficult to come up with funny material on the fly? I certainly cherish those conversations! It was a lot of pressure at first but what I love about the Groundlings is that they teach you to trust your first instincts and get out of your head to improvise as a unique character. That’s where the real comedy comes from. These skills tend to bleed out into other aspects of your life, especially with music. It has helped my songwriting immensely. You learn to not overthink things and trust the creative process.

Tell us about the new album you’ll be releasing. Will it be instrumental, and are you planning on bringing on some guest players too? Are you focusing on one particular genre or theme? The new tunes are straight up rock ’n’ roll. I’ll be singing on them as well. After a fun experimental phase with music, it’s great to be able to be back playing the music that I love and what inspired me to play in the first place. I’m currently lining up all of the guest spots. Stay tuned!