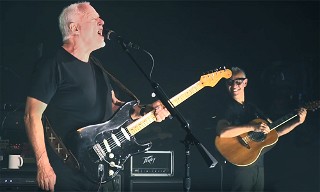 Pink Floyd: Live at Pompeii (with GHS Artist and guitarists/vocalist, David Gilmour), is an iconic piece of music history. In 2016, Gilmour returned to the Roman Amphitheatre during his Rattle That Lock tour for a special, two night engagement.

On Wednesday, September 13th, "David Gilmour - Live At Pompeii" will have a one-day theatrical release, as well as a CD and video release on Friday, September 29th.

Gilmour's 21-song performance features solo material, Pink Floyd favorites “Money,” “Comfortably Numb,” “Shine On You Crazy Diamond,” and more. Bonus features on the video release include the documentary Pompeii: Then And Now as well as additional footage from the 2015-16 tour.