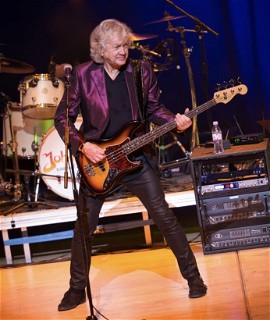 The Moody Blues, the legendary rock band who fused their sound with a full symphony orchestra for an unprecedented, breakthrough first full-length album with Days of Future Passed, will commemorate its 50th anniversary with a first-time live album tour.

Taking place June 3rd through July 23rd, the "Days of Future Passed - 50th Anniversary Tour" will visit audiences all across the US and Canada, celebrating a crowning achievement in pop culture. Originally released in 1967, Days of Future Passed birthed many breakthrough singles, including "Tuesday Afternoon" and "Nights In White Satin," the latter of which marked one of the first four-minute radio singles in history.

Longtime GHS Strings bassist, John Lodge, will bring this historic music to life with the full, original band lineup, after 50 years in the making.