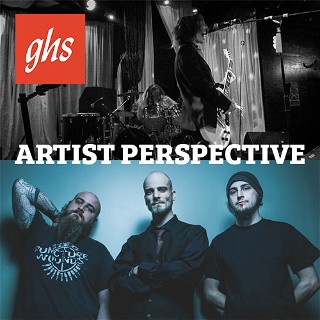 As the landscape for live shows has changed, more and more bands are looking to provide the greatest “bang for your buck” experience to the attendees. One option involves using backing tracks, which can be a heated topic between musicians. On one hand, it can allow musicians to become “lazy,” relying on the track to do the heavy lifting while they just pantomime along.

On the other, it can allow smaller bands the opportunity to provide a much more entertaining experience as they accentuate their live show with parts not readily available live. We asked two of our artists - Alexx Calise of SOC and Nate Compton of Elisium - their thoughts on this issue. 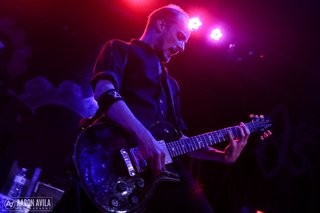 As a small group, how has using backing tracks helped you?

Alexx: SOC is heavily reliant on backing tracks. As a matter of fact, without tracks we wouldn’t have a show. There is so much instrumentation in this band that we’d need at least 7 people on stage, to make it happen. Dennis and I prefer to keep SOC a two piece, which is why we run tracks. That way we have more control, it’s cheaper to tour, and there are fewer personalities to deal with.

Nate: Using a sample pad, or electronic drum pad has allowed us to manually trigger some pre-recorded sections that give our songs some additional layers. Also, we can start the show with a cool pre-recorded intro, and fire off the deep bass BOOM sound, all from one electronic instrument. We are really adamant about not sampling any of the instruments that are present on stage, so the sample pad is only for stuff we can't produce live.

Was hiring additional musicians to fill out the sound a consideration over tracks?

Alexx: Initially yes, because we’d much prefer organic instrumentation over tracks. But, there’s a lot more that can go wrong when you start adding musicians, as well as added logistics. Plus, it might get boring for other players, because there isn’t always something going on with their particular instrument. For example, you may hear a violin during a bridge section, but then you won’t hear it the rest of the song. They’d just be standing there reading Facebook posts the rest of the time.

Nate: Since our backing tracks are sound effects (like the NASA sounds behind “Mega Man”) or string arrangements, it’s definitely impractical for a 3-piece band to tour with an orchestra, haha! But, we hope that one day we can have live strings to replace the sampled parts. 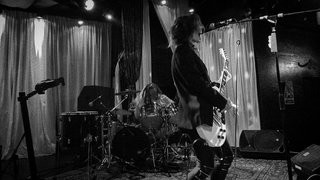 What are some of the hurdles you've had to deal with by incorporating backing tracks?

Alexx: For us, I think the biggest hurdle we’ve had to overcome is ourselves. We’ve always been purists, and were initially not in love with the idea of running tracks; it felt like cheating. But, we’re still doing all of our parts organically. The only things on tracks are the things we can’t physically play. So in our case, it’s just enhancement. We’re not using the tracks as a crutch by any means. I think people these days are a lot more accepting of tracks than they used to be. Every big band you can possibly think of is utilizing them now. The stigma is definitely disappearing.

Nate: Because we use one device for all of the sampled elements (intro to the show, bass drops, string parts, sound FX) it’s tough to dial it in with the right EQ. I’m sure sound guys probably dislike our simple approach. Sometimes, the pad just doesn’t work. We are an independent band, and can’t afford all of the bells and whistles. Besides, we don’t really NEED the samples. It’s just for upping the level of production, and bringing in those things that we can’t perform live (violins and stuff).

Any awesome horror stories regarding tracks?

Alexx: Obviously whenever you’re dealing with technology, a myriad of things can go wrong. Once we start the show, there’s no going back or pausing; it’s kind of frightening. At our first live show, we were nervous as hell, because we have so much technology to deal with. There was only one particular incident where we fell off the click on a song (I think because Dennis didn’t hear it at first), but we got right back on because of how long we’ve been playing together (over 9 years), and we know our set backward and forward. I wish I had a juicier story to tell you (wah wah).

Nate: Luckily, none that we were on stage for…! We’ve seen bands on tracks fall completely apart. We’ve seen some of the BIGGEST names in rock completely pantomime their set. We’ve seen sound checks where the musicians weren’t even on stage and their tracks were sound checked in their place. Honestly, I believe it’s an epidemic. 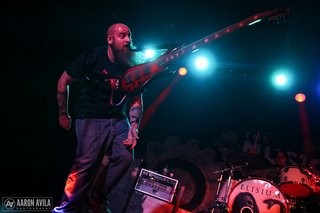 Any final thoughts to a band looking to incorporate tracks into their live set?

Alexx: I’d say if you’re going to use tracks, do it to accentuate and enhance the show. If you can physically play the part, play it. People aren’t there to watch a karaoke band, you know? I absolutely hate it when bands for example put harmonies on tracks and lip sync to it. I think it just looks lame.

Nate: Now that the cost of the technology has gotten lower, more and more bands are “faking” their actual instrument parts. Some bands will argue that it frees them up to be more entertaining, but that’s a thin excuse. If you come to an Elisium show, you’ll see the three of us playing all of the guitar, bass and drum parts. Singing all of the vocals, live and real. IF we suck, it’s because we suck. And if we rock, it’s because we have practiced and worked for years to be a band that has our act together. Our song “Shoreline” was written about tracking, and bands who hide behind machines. I think it can be a really cool way to add unique sounds to your live show, but, we still frown on bands who use it to “cheat.”

Check out SOC at socband.net

Check out Elisium at elisiumrockshard.com