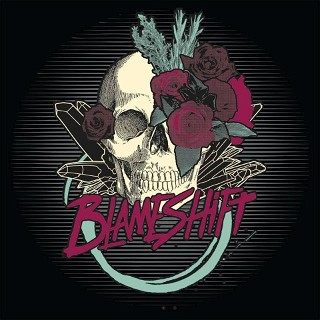 January 31, 2017 - Long Island, NY based rock band Blameshift released a music video today for their single "Monster" through a partnership with Vevo. The video coined the hashtag #iamamonster, showing the dirty path of a dollar bill, making a monster out of everyone it encounters.

"I've seen this happen many times in my life where money makes people change. It makes people do things they'd never do, it turns them into monsters. We're really proud of this video and hope you love it as much as we enjoyed making it." - Jenny Mann

Blameshift released their 5th album, "Heart of Stone" in mid 2016 while touring with New Years Day, Sylar and My Enemies and I. Before that the band had been touring straight for nearly 6 years, logging over 1 million miles on the road, playing everything from the Vans Warped Tour to American Airlines Arena.

Blameshift will be hitting the road Spring 2017 on a US run with a major headliner soon to be announced. You can watch the video for "Monster" here in the meantime.