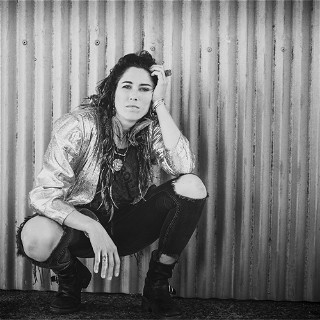 Having lived in Australia for a decade, Irish born singer-songwriter Áine Tyrrell rewrites what is imaginable every step of the way. Whether she is captaining her infamous 1966 Bedford Tour Bus or whether she is carving a unique musical path melding her own Irish roots from the ancient limestone rocks of Country Clare with her respect of the red dirt roads of 60,000 years of Indigenous culture in Australia, she is doing it all to her very own beat. It is no surprise then that The Australian warned early on that “Tyrrell's incredible journey is one you'd be well advised to follow.”

As Áine's music appeal grows internationally, her first recognition of her talents in America have been represented by being selected as an official showcase artist for the International Folk Alliance.

Her fresh and innovative rewriting of the rule book in song structure and composition has not gone unrecognised Internationally either. Following the release of the single "In This House" in 2019 with over 18,000 entries Tom Waits voted her not only as a finalist in the International Songwriting Competition, but she received the much-coveted honourable mention in the Singer-Songwriter Category. Her exceptional musicianship and an equally deft touch with a killer hook or a heartrending lament has also garnered critical acclaim from national radio outlets in both Ireland and Australia with multiple radio appearances on ABC Radio, RTE Radio, Double J Radio, and BBC NI Music. ‘Don’t Be Left Crying’ the single from Fledgling Fall in 2017 climbed to Number One on Ireland’s national broadcaster RTE’s Independent Music Charts.

Her hopeful messages and “anthems for humanity” (HHhappy Magazine) have not gone unnoticed by Educators either. Tyrrell’s song ‘In This House’ was eagerly added to Australian school curriculums straight after release and has led to her touring schools across Australia introducing song writing as an engaging way to discuss colonisation from the Indigenous and Irish Perspective with elementary school collaborations with documentary makers along thes way making her well known for her high quality video content.

Tyrrell toured the renowned Performance Arts Centres across Australia in 2017 with Exile: The Irish Australian Story, but her most recent projects include a successful acoustic concert series touring intimate rooms in Australia named Bean An Tí as well as the constantly sold out feminist re-imagining of a women’s association meeting aptly named the Country Witches Association. In partnership with co-founding witch and comedian Mandy Nolan this show is set to launch internationally at the Edinburgh Fringe Festival 2020.

The power and energy of Tyrrell’s live performances both solo and with band have earned her the reputation of being an unmissable live act with the likes of Woodford Folk Festival (largest folk festival in the Southern Hemisphere), Shrewsbury Folk Festival (UK), and Clonakilty International Guitar Festival (IRE). Whether she is holding court in an intimate room or in front of thousands in a festival tent, it is obvious to all that the thousands of years of Irish storytelling runs deep in her blood and audiences can’t help but fall in love with her alluring voice and captivating ways. 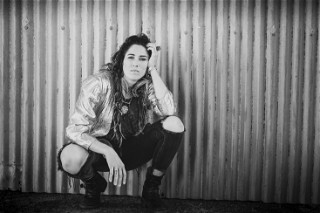 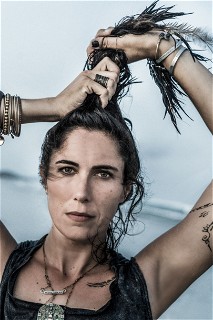