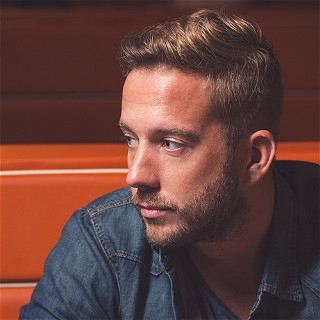 Life is defined by journeys and for Thomas Fountain, the events within those journeys translate to raw and honest songs.

Thomas has quickly developed a reputation for writing and singing timeless truths – building believers one show at a time. With his rugged-raspy, passionate delivery, Fountain brings a live show to audiences that undoubtedly gets fans on their feet and emotions rushing.

Fountain was born and raised in the mountains of North Georgia. The music that has influenced him as a singer songwriter is well rooted in the past. However, he has taken that vintage edge and blended it with a distinct modern sound.

Thomas’ first single “FLOAT” from the debut self-titled EP, gained him terrestrial and digital radio recognition in media outlets rapidly. Not long after that, Thomas released his single “Just Like You”. With the success of both songs, both garnered Thomas to be featured on NBC’s, “Atlanta and Company” and nationally known Jezebel Magazine. Additionally, Thomas was named the 2015 Male Georgia Country Artist of the Year.

In November 2016, Thomas released his most recent single “Sometimes God Whispers” landing him the number one voted upcoming local artist on station - 94.9 The Bull Backyard Country series. The music video garnered over 700,000 Facebook views within two weeks of the release. Fans have responded to the song with stories of how the words translate to their personal lives and experiences.

“I grew up in the North Georgia mountains loving fishing and chasing deer during hunting season because that’s what I loved to do (and still do today). Everybody should take a trip to north Georgia; you gotta see it for yourself. Living in north Georgia definitely shaped my songwriting. I grew up in a small town with a large loving family and strict but loving parents. They wanted to make sure we did the right things, but also taught us how to love. Not just each other but to be good to the common everyday man. I still remember my dad teaching me to be kind to everyone, even those against you. He said you’ll never know when in life you may have to go ask that man for a favor and he’ll remember what you did for him. I have found that to be true. So, in a sense, I think that’s why I’m so connected to my fans. They see that I genuinely care that they took time out of their busy schedules to help me or attend a show.

With 2017 here, Thomas is set to record new music with the continuation of his style of music and songwriting that is generating national interest. “I’ve got six guys in a van and we’ll be traveling all across the U.S. playing country music and connecting with new fans. I hope to see y’all out there.”