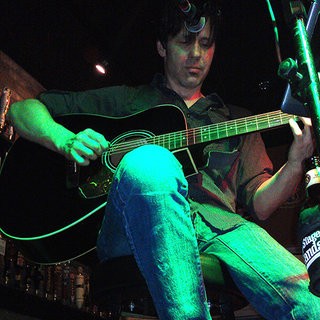 I am a vocalist, acoustic & electric guitarist. Over the years I have had the pleasure of working with many great musicians. Everyone I have worked with has helped me grow as a performer. At age 12 I began playing guitar with admiration for all the 80's guitar heroes and for MTV pop, rock and new wave. I always naturally memorized the lyrics to the songs. That came in handy because I somehow always ended up with lead vocal duties in my band projects. There were always dozens of good guitar players around so out of necessity I began to focus more on singing and playing rather than being solely a guitar player.

In the mid 90's I landed a gig fronting a touring band playing pre and post-grunge era music. I performed with them in 9 states. That was an awesome experience of a lifetime that literally took me from playing in the basement to playing large rock venues in front of hundreds of people.

As the 90's progressed so did I. I always loved rock, blues and acoustic guitar. I kept current with pop trends. When the road gigs ended, I formed a cover band with several former band mates. We called the band "Government Honey". The group’s play list consisted of a variety of rock, alternative, pop and dance. The chemistry of the band and the music choices kept us running for years as one of Southeast Michigan's and Northwest Ohio's most well known cover bands. After 12 years and several personnel changes, I left the group in search of new opportunities which led me to other smaller band projects and then to mainly performing acoustic gigs. I currently play around 200 gigs per year in solo and duo acoustic performances covering pop hits of the 80s, 90's and today. I currently perform around 200 gigs per year in clubs and pubs throughout southeast Michigan.