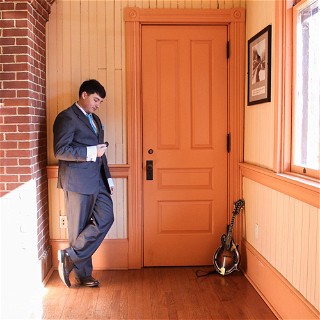 Jack Dunlap is one of the most up and coming mandolinists in the country. He stretches the instrument to new heights outside of the usual realms associated with the mandolin. He is often compared to the likes of Jimi Hendrix and Eddie Van Halen.

When Jack isn’t performing around the country, he is either teaching, recording, composing or simply practicing. Devoted to the perfection of his craft, Jack is not only one of the hardest working musicians you’ll find, but puts on quite an entertaining performance paired with top notch musicianship.

He fronts the Jack Dunlap Band; a completely original sound with influences from Newgrass, Jazz, Blues, Funk, Irish and Classical music. They released their debut album in February of 2019 which went to number 22 on the Airplay Direct Charts. The band also hosts a concert series in their hometown of Winchester, VA at the Bright Box Theater called Spotlight Sessions. Each month, two artists of different style and genre perform together to create a unique one night only experience that anyone would enjoy.

With Jack Dunlap, expect the unexpected and be ready for a show you won’t forget!