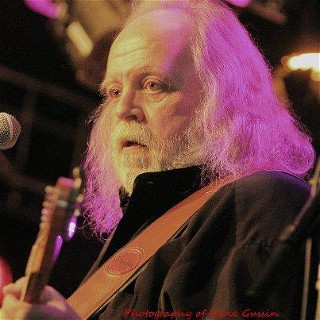 Dennis has seen it all happen, and participated musically since the days of the Grande Ballroom, Eastown, Cobo, etc.. While touring and recording with a phalanx of familiar names, hundreds of recordings, and played major venues around the world. He has worked with, among many others: The Detroit Women, Dick Wagner, Wilson Pickett, and many many more.

In the case of Dick Wagner, Dennis was chosen to duplicate his iconic solo’s in his touring band the last 5 years of his life. Daunting for sure! A few of the people that Dennis has shared the stage with include: Brad Whitford, Mark Farner, Suzi Quatro, Kip Winger, Derek St. Holmes, Robin Trower, John Mayall, and more!