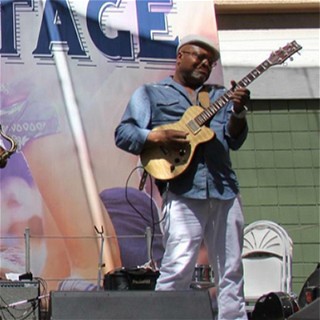 Guitarist Clyde Childrezz considers music the universal language of the heart with powers to touch the lives of anyone anywhere regardless of color, ethnicity or economic standing. He has continually drawn inspiration from great musicians of yesterday and today to become an extremely versatile guitarist playing both electric and acoustic guitar. Throughout his life, Clyde has performed in clubs, concerts and on television playing Rock, Pop, Jazz and Blues.

Clyde credits his older brother with first introducing him to the music of Antonio Jobim, Frank Zappa and James Brown. Watching Jimmy Hendrix perform live would prove life-changing for a 12-year-old Clyde. At age 15, he started playing in clubs and has never looked back. Largely self-taught, Clyde also studied under Philip Upchurch, Mimi Fox and Louis Satterfield (Phenix Horns and Earth Wind & Fire). He has travelled the world to collaborate with various musicians and singers. Clyde recently released his own CD project, AuDiO CuLtures, with bass extraordinaire Albert Hobson.

Born and raised in Seattle, Clyde Childrezz currently lives in California. During the day, he works as a substance abuse counselor—incorporating music into wellness plans for clients. Along with the classics, he’s currently into to the music of Mimi Fox and Ralph Towner as well as other edgy artists. Clyde shares his home with his wife and three cats— natural chill machines—called Mystic, Dally and Chicamoose.