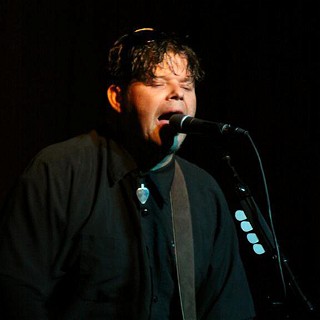 The musician's journey is paved with triumph and tragedy. Bobby Black's story is not such a tale. Rather, it's a story of triumph over tragedy.

An industry outsider from the hard-luck streets of Detroit, he once walked the same well-worn, hard-living path as many of music's greatest legends-- Johnny Cash, Hank Williams, Merle Haggard. And, he emerged just as gritty and unapologetic as the lyrics in the songs that he writes and performs.

NBC "Dateline" producers chronicled a portion of that journey in a segment that detailed Black's career in the music industry and his road to recovery after years of substance abuse (Original air date: 06/08/14).

Black's love of music, which took root when he picked up a guitar at the age of seven, ended up being more than just his life's passion. It became his savior.

His songs are his story. He speaks of old demons, the deepest of scars and wounds that may never heal in songs that run the musical gamut-- mixing untamed, outlaw country with edgy rockabilly, old-school punk and rock n' roll influences.

His lyrics-- bold and often achingly heartfelt-- are steeped in 100-proof raw honesty and heart.

His music weaves a tapestry of his musical travels-- a journey that began at the early age of seven and has been going strong for over 30 years.

Over the years, Black has had the pleasure of working with national acts such as Third Eye Blind, Eve 6, Our Lady Peace, Rio & the Rockabilly Revival,The Stone Country Band, and more.

In addition to solo appearances, he also performs with The Hamilton's, Diablo Il' Gato, The Billeebobs, Bobby Black and The Blackouts, and most recently, Kenny Kenns & the Brown Bottle Boys.

His acclaimed releases include "Pretty Little Lie," "Kari," "When It Rains," "Long Way Back Home" and "I Won't Look Back."