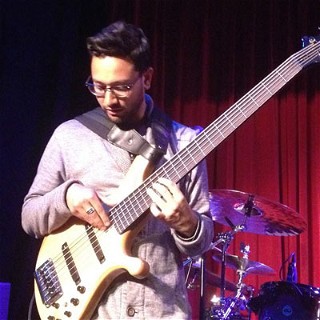 Born and raised in Wellington, New Zealand, Grammy Award winning Upright/Electric Bassist Benjamin J. Shepherd started playing when he was 7 years old. 11 years later he moved to Los Angeles to pursue a full time music career and to study with Bass legends Charlie Haden, Alphonso Johnson and Darek Oles at the California Institute of Arts (CalArts). He has since become one of the most in demand and versatile bassists in Los Angeles. His extensive resumè covering a multitude of different musical styles is a testament of his ability to virtually fit in on any gig.

Benjamin also leads his own group showcasing his original compositions as well as co-leads a duo based group called "Benjamin and The Deva with singer/songwriter Terra Deva.